Can you guys help me figure out a way to upload the correct firmware to the board?

You need to flash the bootloader mentioned above. Then re-flash the 60_75FW again. The VESC6/75 is not supported in the regular VESC-Tool yet. YOu need the Beta Tool to configure it.

Thank you for the help, the bootloader update did it!

After I successfully connect with the USB cable, VESC Tool 3.01 shows the following message:
"The connected VESC has newer firmware that this version of VESC Tool supports... (etc... etc... etc..)"

Can someone please give me a checklist of procedures, what exactly I have to do.

I have previously had no-name generic ESCs from Alibaba, and had no problems like this.

In boatloader section only the "generic" is shown.

You need to use the BETA VESC-Tool for this unit. It will be supported in the next release. Reason: This unit is newer than the last VESC-Tool release and the FW can't be backported.

But, I've try to find a download link for the Beta VESC Tool. I was unsuccessful.
Please, where can I find link for download?

Can you please share the BETA VESC-Tool link? Can't find it anywhere.. Having the same trouble, trying to update the 6 75V but can't do it.

hello, I have the same problem. please if you found a solution can you share it thanks.

I have purchased this motor

And i dont want to use the motor controller that the kit comes with. I am attempting to connect to this VESC

I believe i have connected all the correct wires

however I cannot seem to detect the motor.

Thank you in advance for all the help. 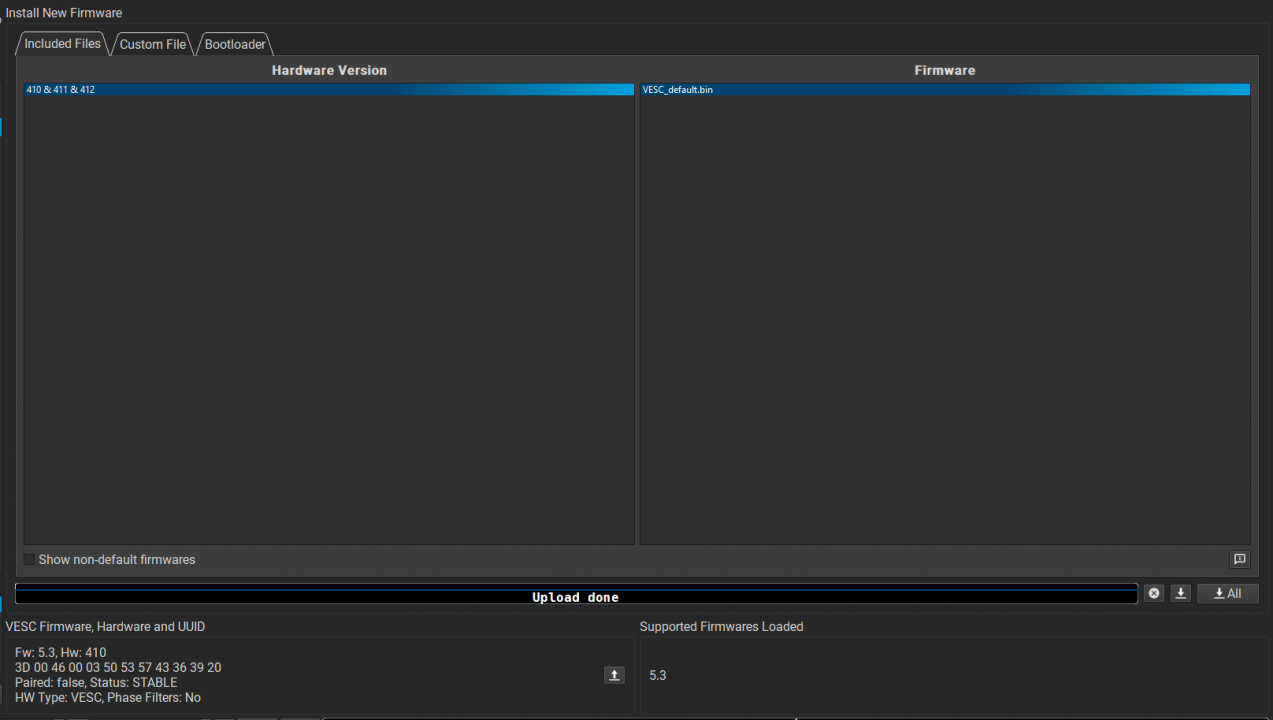 I have the Flipsky 75100 With Aluminum PCB. There was Focbox before, but unfortunately it burned down. What firmware should I install for 75100? I will use it for MIT RACECAR. Has anyone used 75100 on this car before?