I have an flipsky FSESC4.20 mini (50A), which up until today was working fine. I'm not pushing it too hard, just some bench testing with a 6S setup, 18A max current setting.

During a run (FOC sensored mode, AS5047 via SPI) today, the motor started jumping around rather than running smoothly and drawing the full 18A. I cut power in ~1second.

After that, the FOC mode hasn't worked smoothly.

At first I thought I had cooked the windings, but using the drill-generator method, measured identical AC voltage on each motor phase pair, which was with 5% of an unused motor.

The spare motor hasn't been modified for the sensor mount I have, so I tried it in open loop, and it'll spin.

The original one also will spin in open loop, but both sound really off. 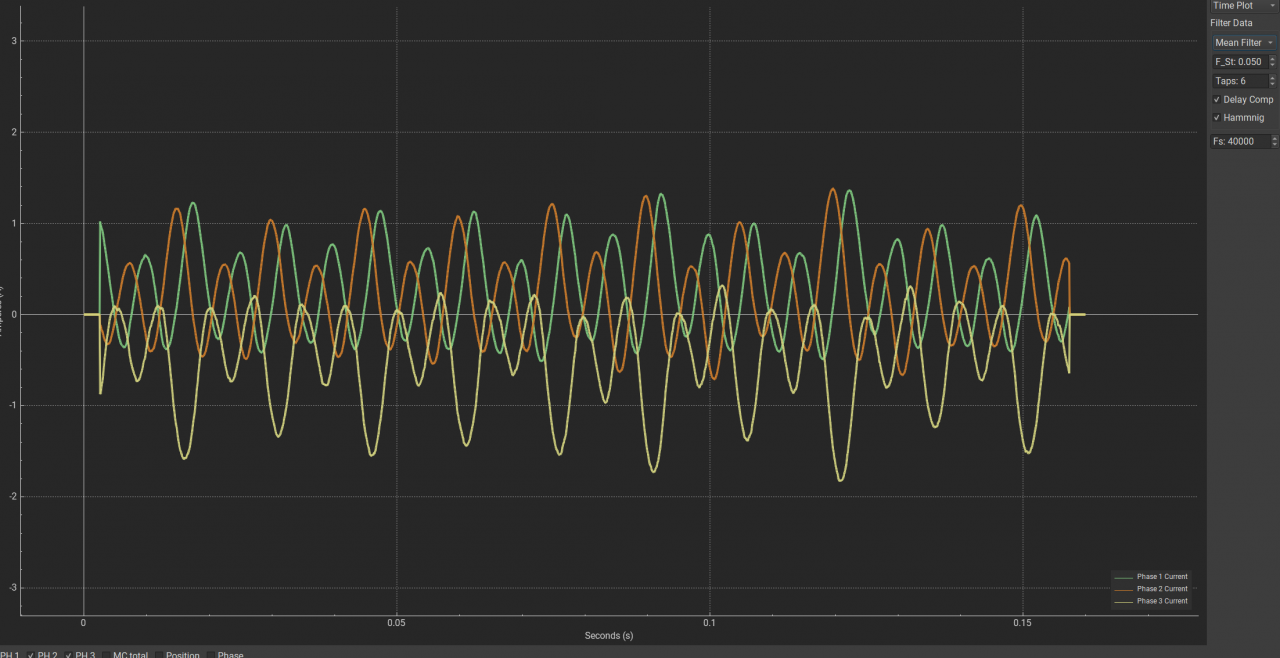 As you can see, phase 3 is... inverted somehow? This seems to be causeing the motor to have a bad time (sounds noisy) rather than spinning smoothly as previous.

I'm fairly new to VESC but have some decade old experience with this stuff from my engineering degree. I thought one of the FETs was broken, but as far as I can tell they're fine.

I've tested Drain (-) to Source (+) diode drop on all 6 mosfets, getting the same 0.48V on each, as well as resistance from gate to source, getting 38kOhms on the low side fets, and 1MOhm on the high side (unclear why they're so different, but the fact that all 3 of each driver side were the same seems good. Additionally there were no shorts between gate and source, or gate and drain.

Any idea what's going on? It seems weird for everything to be almost working. Is the culprit likely the DRV8302?

seem to be a hw issue. phase3 top.